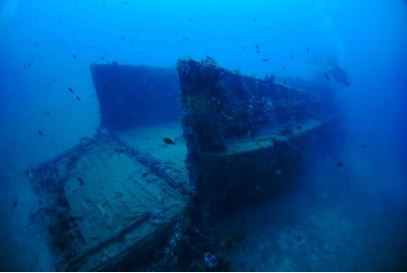 The Eastern Aegean was the setting for a series of German air-sea landings, something not normally associated with the Wehrmacht.
German infantry carried out beach assaults and, unusually, Fallschirmjäger were deployed in their intended role as paratroopers, more than two years after sustaining frightful losses in Crete.
Both sides relied on air and naval forces, as well as conventional and unconventional ground forces.
German paratroopers were drawn from the Luftwaffe and Division Brandenburg; the latter also fielded coastal raiders and assault troops. 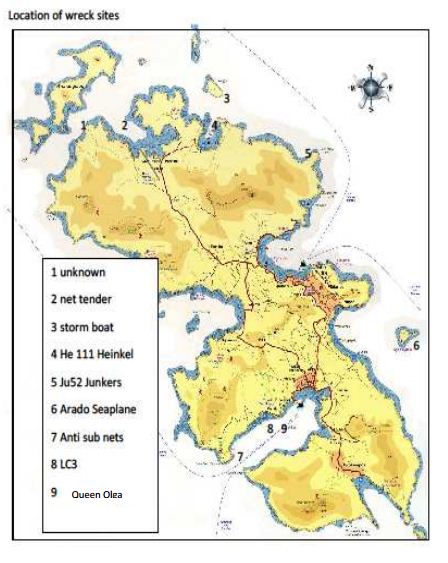 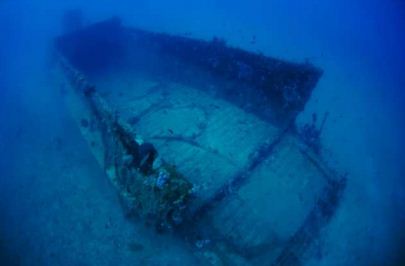 Leros has so far escaped the mass tourism that typifies much of the Mediterranean.
One reason, perhaps, is the island terrain.
The landscape is rugged and hilly with an indented mainly rocky coastline and few sandy beaches.
Hotels are limited and fairly small but sufficient to cater for the few summer visitors. 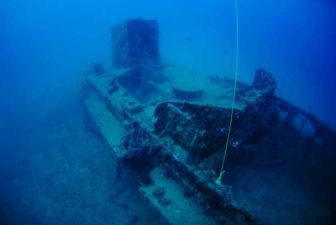 In 1912 Leros and the Greek Dodecanese came under Italian rule.
The decision by Italy to unite with Germany in 1940 would change everything.
By summer 1943, Hitler’s Wehrmacht was faltering as it fought a war on too many fronts.
In Russia the Soviets had finally halted the German advance; Axis forces had surrendered in North Africa; the Allies had landed in Sicily and Italy and American-led forces were pushing north towards occupied Europe. 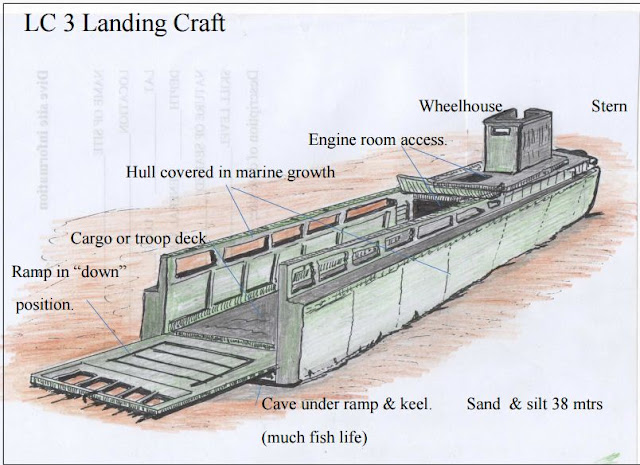 In July the Italians turned against Il Duce Benito Mussolini, replacing him with Maresciallo Pietro Badoglio. The Italian armistice followed in September.
In the First World War Winston Churchill had been obliged to resign as First Sea Lord as a consequence of his role in the disastrous Allied effort in the Dardanelles.
It fostered in him a dangerous obsession with the region. Now, as Britain’s Prime Minister, Churchill seized upon the opportunity to open a new front in the eastern Mediterranean.
It was felt that such a move could only add to the pressure being applied against Germany; furthermore it might provide encouragement for Turkey to join the Alliance. 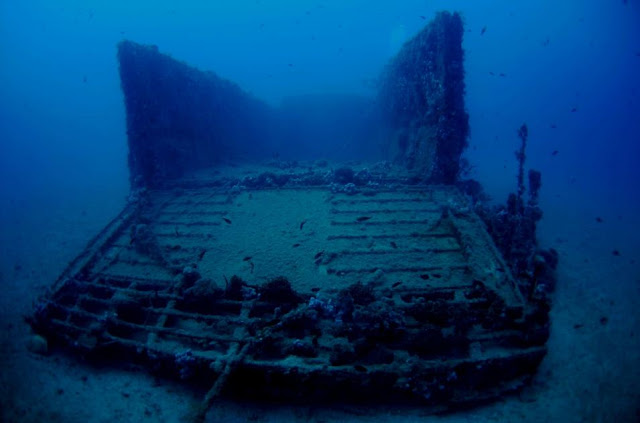 It was a strategy fraught with difficulties and considered by the Americans in particular as a waste of time and resources. Churchill was undeterred.
For the operation to have any chance of success it was imperative that Rhodes be seized together with the island’s all-important airfields.
Italian co-operation was essential. Accordingly, a military mission was tasked with preparing the way for the main assault.
Raiders of the Special Boat Squadron (S.B.S.) would spearhead the occupation of other islands.
Churchill approved the plan on 9 September
Before the British could act, however, the German Sturmdivision Rhodos, with around 7,500 officers and men, seized control of Rhodes.
Up to 40,000 Italians were taken prisoner, thus ending British hopes of an assisted take-over. 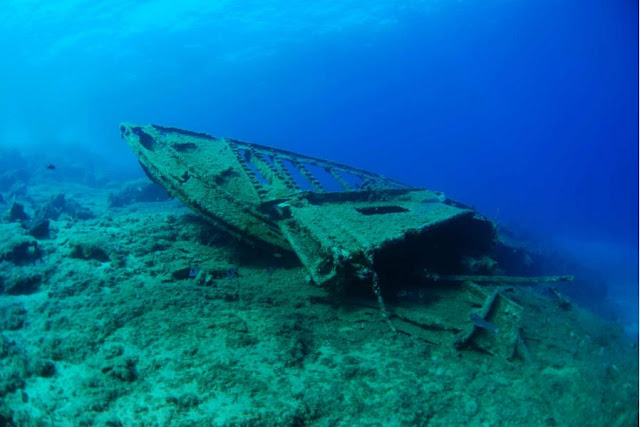 Nevertheless, there was hope in the British camp that even without Rhodes some islands might be occupied.
Kos, Samos and Leros were duly secured and garrisoned primarily by troops of 234 Infantry Brigade, the battalions of which had recently arrived in the Middle East after enduring the siege of Malta.
Island outposts were also manned by detachments of the S.B.S. and the Long Range Desert Group (L.R.D.G.).
There were already on Kos 3,500–4,000 Italians including the majority of two infantry battalions.
As air defence there were Spitfire Vs of 7 South African Air Force Squadron and 74 Squadron with approximately 500 ground support personnel.
There were also about 680 British soldiers on the island, consisting mainly of 1st Battalion The Durham Light Infantry. 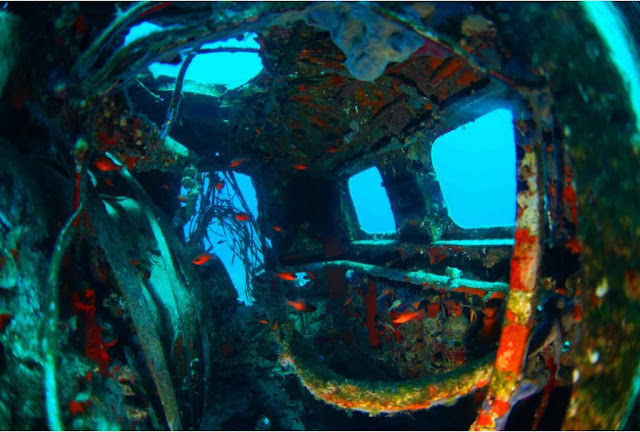 On 23 September Generalleutnant Friedrich-Wilhelm Müller commanding 22. Infanteriedivision was ordered to make preparations for the seizure of Kos and Leros.
Müller intended to make Kos his first objective in a combined sea and airborne assault. Accordingly, the first wave landed at Marmari on the north coast at 05:00 hours on 3 October.
Further landings took place along the rugged south coast. Soon after 07:00, paratroopers of the Division Brandenburg were dropped.
The Germans pushed towards their objectives overrunning each in turn until arriving on the outskirts of Kos town later the same day. 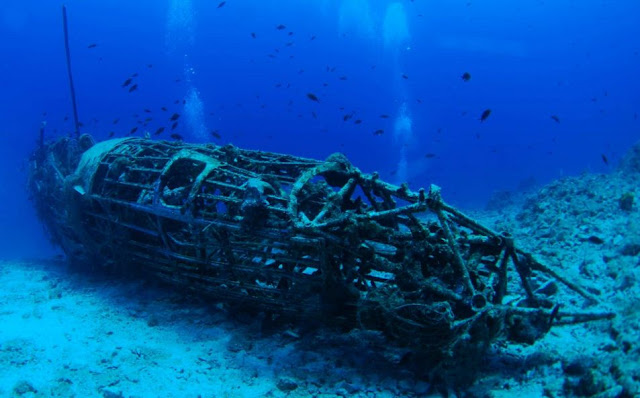 That night, the demoralised remnants of the British defence withdrew into the hills. The battle was concluded the next day.
For the Italians, Kos was the latest in a series of defeats. For the British, it was a disaster. Without Kos there was no longer any possibility of providing air support for the remaining islands in British hands.
The main efforts of the Germans now turned to Leros, with the Luftwaffe concentrating on targeting key installation and shipping. 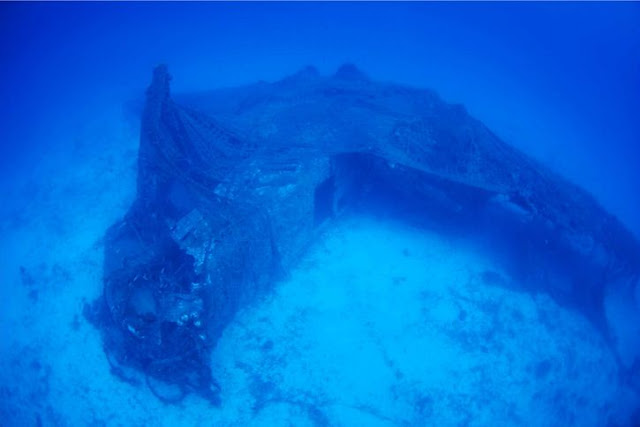 On the eve of Operation ‘Taifun’ (‘Typhoon’), the German codename for the capture of Leros, Generalleutnant Müller had at his disposal a force of experienced and motivated combat troops.
They were divided into three sub-divisions: the initial wave comprised four seaborne Kampfgruppen (combat groups) and a Luftwaffe parachute battalion.
A second wave stood by with anti-aircraft and artillery units, as well as heavy weapons for the infantry. Assault troops and paratroopers of Division Brandenburg were held in reserve near Athens (on 13 November the Fallschirmjägerkompanie would conduct its third operational jump within six weeks).
In the early hours of 12 November, Allied air reconnaissance reported two groups of ‘barges’ inside a minefield east of Kalymnos.
It was assumed that the enemy was assembling in preparation for a daylight assault on Leros. However, the threat posed by mines precluded a pre-emptive strike by the Royal Navy.
Only later was it realised that this was the main (eastern) force en route to Leros. 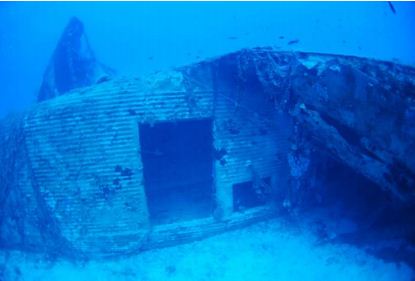 At about 14:30 hours the air armada with Kampfgruppe Kühne began its final approach: some three-dozen Junkers Ju 52 transports in line ahead escorted by bombers and cannon-armed floatplanes.
There can be no doubt that the decision by the Germans to deploy paratroopers decisively affected the outcome of the battle.
By the end of the first day, units under Major Sylvester von Saldern had achieved its objectives and held, albeit temporarily, the high ground on and around the dominating Clidi feature to within 500 metres of the coast at Alinda Bay.
With Hauptmann Martin Kühne’s paratroopers in control of most of the key points south of Clidi, the Germans had effectively divided the island in two. 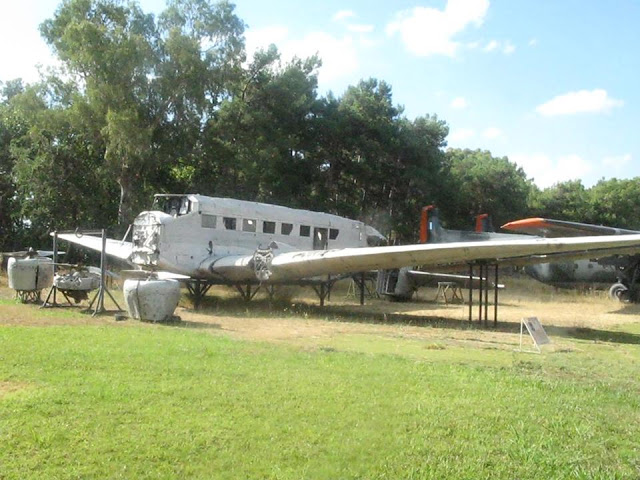 Fighting continued for five days as both sides lost and re-took ground in a series of seesaw actions. German and British reinforcements were ferried to Leros until the very end, but the latter were greatly disadvantaged by not having air support.
The Germans, on the other hand, had Junkers Ju 87 Stuka dive-bombers on call from dawn till dusk. 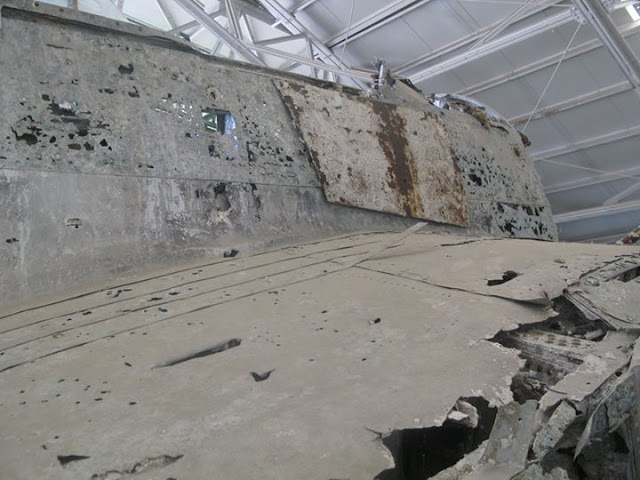 On the morning of 16 November it seemed that the Germans were on the verge of overrunning Brigade Headquarters on Mount Meraviglia.
Signallers were ordered to destroy secret ciphers to prevent their being captured and compromised. Tilney withdrew with his staff, hoping to relocate his command post at Lakki in the south.
At 08:25 the Germans intercepted a signal from Fortress Headquarters to General Headquarters (GHQ) in Cairo. It advised that the situation was critical;
German forces supported by Stukas and machine gun fire were reinforcing the Leros peninsula, and defensive positions on Meraviglia had been neutralised leaving troops demoralised and facing a hopeless situation. 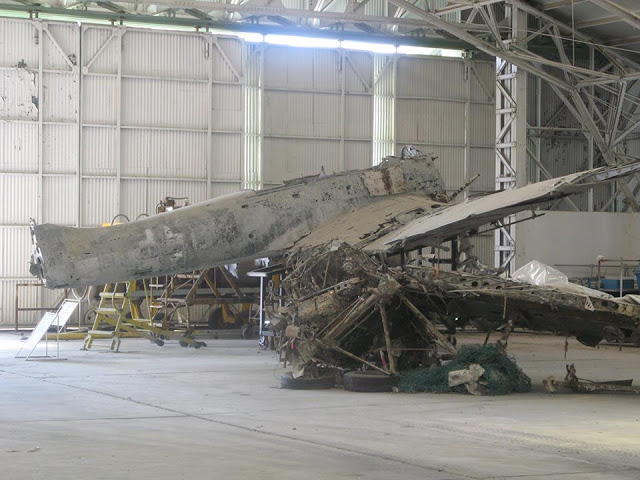 When the message was translated and relayed to Kampfgruppe Müller it was duplicated in leaflet form and airdropped over German positions, with a few words of encouragement from the German commander.
But Meraviglia’s defending troops managed to stem the German advance. Tilney returned to his headquarters and attempted to restore order out of the chaos. It was hopeless.
That afternoon a renewed effort by the Germans resulted in the capture of Tilney and his staff. Elsewhere, British troops still felt they retained the upper hand.
The Brigadier, however, concluded that further resistance was futile and in a controversial move agreed to end the fighting. 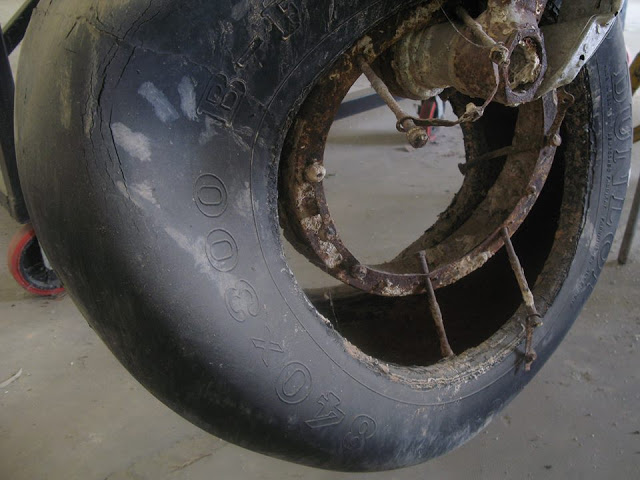 ALLIED and GERMAN CASUALTIES
Generalleutnant Müller recorded German casualties during the battles for Kos and Leros as 260 killed, 746 wounded and 162 missing. Actual figures are probably higher.
The Italians suffered most of all. According to German Naval sources, of nearly 4,000 mainly Italian prisoners of war on board the transports Donizetti and Sinfra, close on 3,400 went down when both ships were sunk in Allied actions.
Many more men were lost while in transit outside Aegean waters.
A report by M.O.1 for the period 11 September to 17 November 1943 puts Allied casualties at more than 5,000 Army personnel; another 500 Naval personnel were reported killed or missing.
One submarine was listed as missing (in fact three were lost), fifteen ships and various other craft had been sunk or remained unaccounted for; ten vessels were damaged (the latter figure does not appear to include submarines); 100 aircraft, including eleven American machines, were written off and twenty-eight more were damaged.
Aircrew casualties were not mentioned. 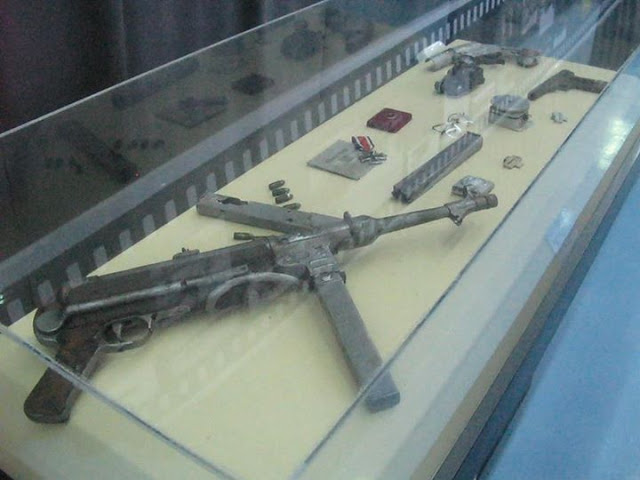 5 REASONS DIVERS HAVE MORE FUN THAN THE LANDLUBBER